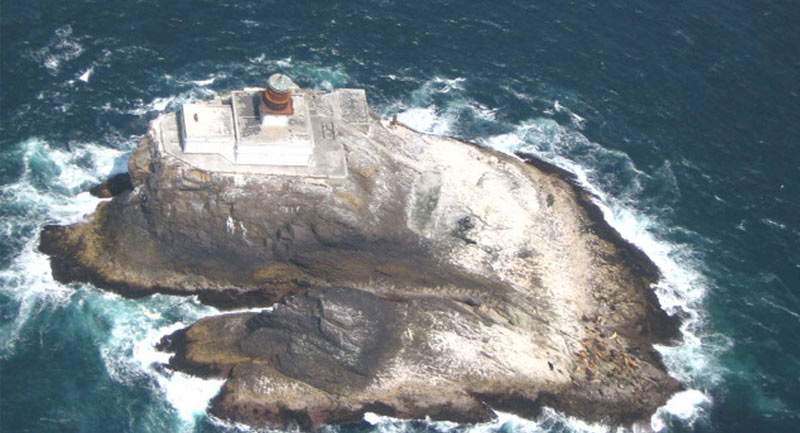 Nicknamed "Terrible Tilly," the lighthouse can best be seen from Ecola State Park's viewpoints on its southern end.

For generations, the Tillamook Head Lighthouse has captured the imaginations of visitors to Seaside and Cannon Beach, sitting a distant one mile away and remaining a mystery because it's the only Oregon lighthouse not accessible by walking up to it.

Construction of the lighthouse was terrifying. Crews had to endure insane tidal and wind conditions as the waves slammed against the relatively small area. It's rumored construction workers housed in Seaside, waiting to start work, were sequestered from the rest of the population so they wouldn't hear the horror stories of working on the rock.

The lighthouse went into service in 1881, manned by four people at a time, stuck there for months. A giant winch was used to bring supplies and personnel from visiting ships to the rock, which was a dangerous and unwieldy endeavor under even the best conditions.

Living on the rock meant being regularly attacked by enormous storms. Having boulders and logs tossed through glass was not an irregular occurrence. One tale has a giant bird slamming into the glass around the holidays - when the men aboard were running low on supplies. So, they turned the ill-fated winged beast into a holiday feast.

The lighthouse was decommissioned in 1957.

Oregon's Haunting Lighthouses: Spooked or Not Mar 9, 2009 ... Tillamook Rock Lighthouse. This is one lighthouse that has never been accessible to the public and probably never will be

Life On Oregon Coast Lighthouse was 'Terrible' Apr 18, 2009 ... For generations, the Tillamook Rock Lighthouse has captured the imaginations of visitors to Seaside and Cannon Beach, sitting a distant 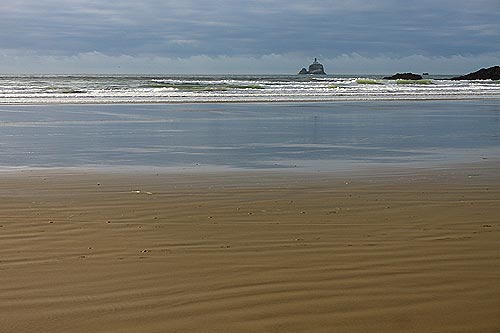 To Previous Stop
Rocky Slabs of Ecola
To Next Stop
Ecola Viewpoints
Back to Cannon Beach, Oregon Virtual Tour