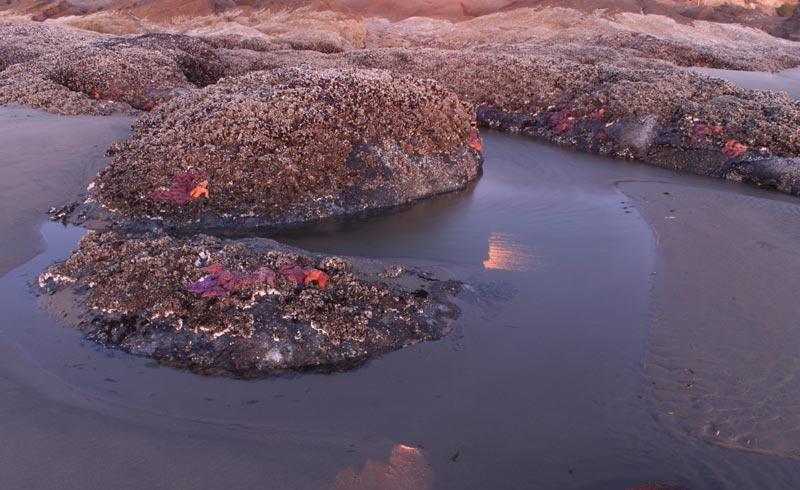 It almost creates a maze of an alien landscape - one that is startling and stunning at the same time. Clamber up these wild forms and encounter more oddities in the rocks, including a puzzling section of this millions-of-years-old lava field that looks like it was cut into a zigzag, as if two square sections were sawed from the rock by human hands. Green pools of sea goo left high and dry, massive crevices and dramatic waves as far as you can see occupy this unusual and memorable place.

You can hop down from these basalt monsters into a cove here and there, and sometimes gain access to areas not normally seen.

The second and third photo (below) show the basalt boundary of Yachats in an unsusual but spectactular state. Summer sand levels rise high enough to open up the outer tip of the basalt blob, and you can walk around it. Normally this is covered in ocean (as seen here). Tidepools can be aplenty here as well. 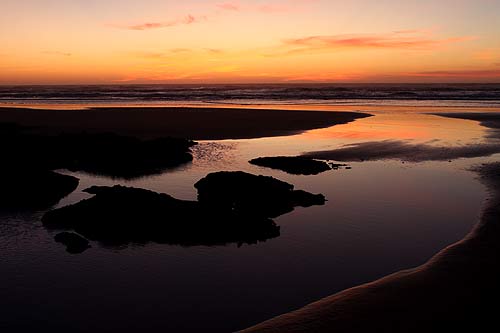 for more on Yachats
www.yachats.org